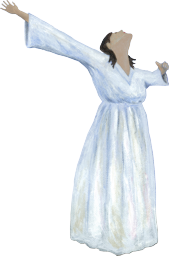 Lessons on Faith: Part 12 of 14: The Righteousness of God is Revealed to Faith